Remind yourself that it's okay not to be perfect!

Today has been an odd kind of day. We didn't have any plans so we slept in a little and then just sat around the apartment for the morning. I talked the girls into going shopping (which for Nastia was a little difficult) and we headed over the the very large mall across the street.
I am still unsure as too what kinds of things Anastasia has seen before. I know Olena will still experience new things, but since she has visited with us in America already I know there are things that are not new to her. Anastasia was a little awestruck at the size of the mall and was a little weirded out by the escalators (at first). They both thought the glass elevator was cool but also a little scary (at least that is what I got from the sounds they were making!!)
We walked around the mall for a while and found a few (although somewhat overpriced) items. I am still desperately trying to find a place that sells underwear that is NOT naughty lingerie! I feel like purchasing that kind of underwear would be the right message to send to them :)
It was really hard to shop, which is something I love to do, because they didn't have any opinion about the things they liked. Occasionally they would say yes I like that but otherwise I was just on my own. I knew that this was how it would be for a while. For years they have been given clothes to wear without any choice. Usually children from orphanages become very overwhelmed with the idea of having a choice, that they will break down or become resentful when forced to choose. I tried to not let it get to that point and only made them shop for a short period of time.
Then grabbed a few groceries ( I had the same experience with the food choices. It became a little frustrating) and headed back to the apartment.
To take a break from the shopping, we decided it would be fun to wake up Mike with a phone call  (it was 5.30am) so we did. I think he didn't really appreciate it at first, but later was happy we had woken him that way. We in turn woke all the kids up and had a nice chat with everyone together. While we were there my facilitator called and said that our driver was coming to pick us up to take us to get the girls pictures taken for their visas. Sergei came by and took us to the kodak store and then kindly took us on a tour of Odessa. He showed us a bunch of cool places and I decided i very much like Odessa. It was settled and created by a French man and reminded me very much of walking around France. It was funny to have it feel that way and then hear people speak Russian. But it doesn't have the dreary feeling that a lot of other towns we have visited have. We took lots of pictures and I joked with Sergei that he needed to be a photographer. He told me that he actually was! Olena was not excited to be having so many pictures taken. We were all trying to encourage her to smile and have fun with it, but she just wasn't enjoying herself.
After our tour we headed to one more shop to see if I could find some shirts for them. We found a couple but Olena looked like she was miserable. When we were about done I asked her if she was okay and this time she said no. I looked at her again and she looked like she was going to pass out. I had Nastia take her outside for some fresh air while I quickly finished the purchases. Once I came outside, I found both girls with a nice women helping them. She tried to explain something to me, but of course I didn't understand. She seemed very concerned about Olena, and went and found someone to speak to me. She told me I needed to get her some sweet tea to drink, which I did. While I was waiting to get it she asked me if the girls were friends of mine. I replied that they were my daughters, that I had just adopted them. She was shocked, but is also seemed like she was annoyed. I am hoping that is just my own worries being projected onto her. I felt like I was useless. I didn't know how to help her because I couldn't understand her. It made me feel like a terrible mother! We made it back to the apartment and Olena is fine. She rested for a while and now seems to be just fine. I hope that in the future I will be able to recognize and understand when the girls aren't feeling well and that I will be better prepared to help them.

Today pointed out some frustrations and concerns I have for the future, but we got through it. While I know its going to be like this for a while to come, I hope the girls wont hold it against me. I am trying the best I know how to be a good mother to them. I hope they know that.

My computer wont read my sd card so I can't upload any pictures till I get back, sorry.
Posted by Maurin Family at 2:02 PM

Well when I brought my first child home from the hospital it was nerve wracking, and with every new child I feel overwhelmed with the responsibility, but after a few months things go back to normal. I'm hoping that will be how it is this time too.

Just a side note, I think you should read the sentence about the naughty lingerie again, it might be sending, "the wrong message.". My husband is still snickering about it.

I'm thinking I will bring underwear with me.

Hehehe. I fixed it. I was pretty tired when I wrote it and I usually have my husband edit it for things just like that! But I am glad that I gave your husband a laugh :)

I also have felt the same way when I have brought each of my children home from the hospital. But I guess I felt like I had time to work out my issues of inadequacy before they understood what a crappy job I was doing :) this time feels like I don't get that time to figure things out. But really I, because even someone doing a crappy job caring, is better then these kids having no one care at all. So I am just going to keep trying my best until it become a little easier :) Thanks for your encouragement.

Maurin Family
I am a stay at home mother of 6 fabulous children and I have the most amazing husband. I love to crochet, sew, scrapbook,can food and play all kinds of sports and most of all RUN. I am willing to try just about anything. I am proud to say I am a Mormon. 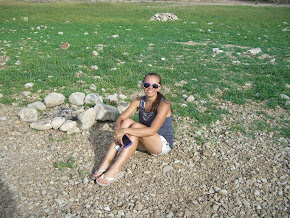